Questions to ask a college coach 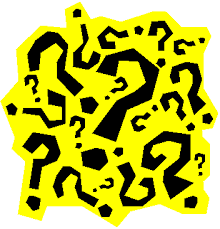 You’re a student-athlete who wants to compete in intercollegiate athletics. If you’re serious, eventually you’ll meet with a coach. Maybe you’ll speak on the phone or maybe you’ll meet when you visit campus. You’ll have questions on your mind, but you might be afraid to ask them, but you must ask. Here are some questions to ask…

How many _____ are you recruiting and where do rank among them?

Good coaches will give an honest answer, which is what you want. If they are losing 3 defensemen and are recruiting 9 to fill those spots and you’re ninth, that’s valuable information. They are not going to get every recruit. You’re on the list, but not at the top. Valuable information.

What role do you see me playing in my freshman year? After that?

If you see yourself as a goal scorer and coach sees you as a fourth line defensive player with the possibility of second team power player by your senior year that’s also valuable information. For skiers, how likely are you be make the carnival team your first year? Are there competition opportunities if you’re not on the carnival team?

Other questions to consider…

How often do you train and where?

Some ski teams don’t train on snow every day or train on one mountain and race on another.

For ski racers: How many (FIS, USSA) points did your racers have before they came to your program?

If you have 200 FIS points and nobody on the carnival team had more than 50 you’ll know that the program is probably not a good match for you.

Final word of advice: ask your current coach for advice. S/he knows the college coaches, their programs, and what they look for in recruits. If you don’t seek advice from your coach you’re wasting one of the valuable resources available to you at Northwood.

Some student-athletes are reluctant to go to coach for advice. Why? Typically it’s a 200 point athlete who wants to ski for 50 point program (or the hockey equivalent). They don’t want to hear from coach that the program isn’t a good match. The student-athlete avoids hearing that bad news (which he probably knew to begin with), but he or she also misses out on getting a list of the ten programs where she or he would be aggressively recruited.

Ask your coach for an honest assessment of the best college athletic programs for you.

Please tell me what you think about this post. Cancel reply